With or Withania You? 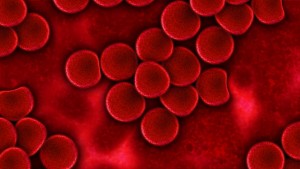 Cheesy I know! 😉  However, recently the issue of knowing when to use Withania somnifera & when not to, came up again in mentoring so I thought it’s probably a good one to share.  Withania, aka Aswagandha or Indian Ginseng, has become a favourite adaptogenic prescription for many practitioners, myself included.  I remember learning specifically (about a million years ago!!) that this herb is ‘warming’ & ‘nourishing’, thanks in part to its iron content. In a traditional medicine context, it’s used for those particularly vulnerable populations such as children, the pregnant, the elderly and the malnourished, boiled in milk as a tonic.  These ideas always stayed with me, and lead me to only use Withania in similar patients and presentations with good results.

While the research is limited, evidence to date supports these traditional beliefs (anyone surprised?), especially with regard to the herb’s capacity for a ‘blood building action’.  Beyond the actual iron content of the root, the mechanisms are unclear but I have seen this in action many times and, as one small RCT also found, improvements in haematological markers can be greater with Withania somnifera intake than with the addition of a basic iron supplement.  Similarly in my patients, I have used Withania as a stand alone treatment for low iron stores or borderline haemoglobin/RCC and been pleased to see clear improvements over as little as a month or two.

So…that brings me to my next point which is when NOT to use Withania.  In traditional terms, we might say it’s not for the physically robust, nutritionally replete, perhaps ‘hot’ patient. In modern medical terms,  I personally avoid using it in patients with elevated iron stores, iron overload and high-end haemoglobin and RCC.   Also important to remember is its unexplained capacity to increase T4 and T3 levels.  Once again, a wonderful feature when used in the right client but clearly a ‘wrong way go back sign’ for some.

While many of us may be nodding in agreement because we only add it to a tincture when the patient is the ‘right fit’, watch out for those herbal nervous system tablet formulations, where it is frequently included with other forms of ginseng, and in quite high doses e.g. 3g per tablet.  Unwittingly, you might find yourself making an iron or hyperthyroid problem worse. I’ve certainly heard of cases where this has happened, a Grave’s patient for example given a combination nervine for calming that contained Withania.  Withania is a beautiful adaptogenic herb but not a panacea for all modern day stress 🙂

Do you get overwhelmed by all the marketing spin out there when it comes to supplements? Rachel is a Supplement Sleuth, and loves nothing more than breaking through marketing babble get to the truth about supplements – their real strengths, niches, weaknesses, contraindications, therapeutic doses and best forms.  Sort through the hogwash and find out the real information here.