A Case of Stoned Sperm? 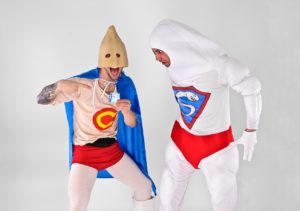 Tonic. Homeostatic modulator.  These terms and concepts, which have a long tradition in herbal medicine (and let’s be clear, were considered yet another example of the wishy-washiness of the modality) are being appropriated by some areas of mainstream medicine right now. Cheer up ‘leaky gut’, you’re no longer alone! And arguably misappropriated by the public’s very ‘lay’ interpretation of the science on medicinal cannabis and its subsequent elevation to panacea, of late.

“So many of my patients are telling me they’re taking Cannabis now, just as a tonic”, says yet another practitioner to me recently, “No, not for pain, they’re young and fit but they take it because it’s a homeostatic regulator!!”

The capacity to maintain homeostasis, and particularly in the face of adversity or imbalance, is a sign of the vitality of the individual, according to what I remember  from naturopathic philosophy (and have truly taken on and observed firsthand)…so just back up there a tad and explain to me how this one herb proposes to do this for everyone on a one-size-fits-all-fashion?  As confessed in an earlier communication, I am a cannabis convert. But only in the sense of appreciating the niche areas where it is likely to offer true therapeutic benefits. I still have the words of warning from the brilliant  Professor Michael Lintzeris, the Director of the Drug & Alcohol Services, South East Sydney Local Health District; Conjoint Professor, Division of Addiction Medicine etc., ringing in my ears, pleading with health practitioners to not ‘fall’ for cannabis in the way we have previously ‘fallen’ (so far and landed so badly) for the panaceas of the past: opiates and benzodiazepines.  Most notable major omission for me, in an otherwise rigorous scientific debate of late, is any discussion about its potential for impacting fertility.

I’ve been aware of the potential negative effect on male fertility, in particular, for over a decade and while we undoubtedly need more targeted research on this topic to reach a consensus, the evidence base to date points to lower LH +/- testosterone and impaired sperm quality and motility.  Certainly not perhaps what tonic-seeking patients know they’re signing up for.

There is in fact evidence to suggest ‘sperm under the influence’…’lose their way’ and are less effective at finding and fertilising the egg.  Sorry but the image always makes me chuckle…stoned sperm.  ‘Hey, dude where’s my egg?!’ style.  But it’s not funny when impaired fertility is a problem affecting so many these days, and we still are guilty of over-focusing on ‘her’ and under-assessing ‘him’…and lo and behold it could be his chronic cannabis use to blame.  We had a case recently, years of unprotected sex, daily cannabis, no baby, no dots connected.  We may think this is a handy incidental contraceptive for young men sitting on couches with cones (one mum recently said as much to me) but for the rest…?

As practitioners we should know as much about investigating and treating male hormone imbalances as we do female ones, yet this is often not the case.  While we are increasingly aware of everyone’s exposure to lifestyle & environmental endocrine disruptors and the fragility of the HPO axis, we sometimes fail to recognise that the reproductive health of our male patients is equally under threat.  This is clearly demonstrated by generally diminishing levels of testosterone amongst men and increasingly early onset of andropause. These issues then become barriers to achieving success in other health areas with your clients, mood, metabolism, fertility and beyond.  Learn more here

I’d love to continue this conversation with you…
so join me and be part of my ongoing dialog on this and my other blogs by following my Facebook page.