A Hat Trick Week for Gilbert’s Syndrome… Guys and Gals 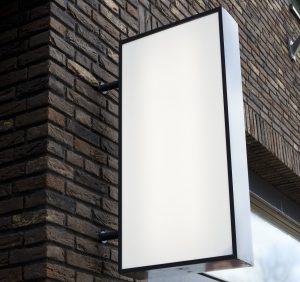 Sometimes we wonder who put the invisible sign up out the front of our practice, right? The one that says…absolutely everyone with Condition ‘Z’ come and see me, now!  I’m sure you know what I’m describing.  Well this week I have hit the trifecta, performed a neat little hat-trick and diagnosed 3 patients with Gilbert’s Syndrome who all present in their own individual way but actually each one also with quite a textbook Gilbert’s picture, it almost beggars belief.  Have a little look

70yo Female says: Since childhood she has felt like she has had a rock in her stomach after she eats. This ‘rock’ is there for hours. Her stools are never the same in spite of a regular diet and she has always been uptight and anxious. All her bilirubin results are in the 20s & she reports she’s ‘always’ had high values

55yo Male with severe ‘constitutional anxiety’ and surprisingly high oestrogen and a worrisome profile of oestrogen metabolites. His bilirubin is in the 20s

30yo something Female presents with unexplained severe unwellness for 20yrs that mostly involves nausea, bloating, a functional gut disorder without a real diagnosis, anxiety, depression and poor stress tolerance. Her bilirubin fluctuates between 30 to high 40s.

All of these patients, if I am right,  have had this condition their whole life of course, because Gilbert’s syndrome is effectively a genetic polymorphism affecting up to 19% of some populations. So why hadn’t anybody told them?  Their cases (esp the 30 something female) were so strongly suggestive of Gilbert’s Syndrome I actually said to the last client, ‘but you’ve been told this right? Someone somewhere among all the practitioners who’ve looked at all of these bloods over 20yrs has told you this….right??!  I was being genuine.

I couldn’t imagine I was the first person to flag this and connect the dots with their health complaints – gut and psychiatric disturbances…the two great manifestations of so-called benign hyperbilirubinemia….oh and very high oestrogen for some. I could understand why a couple of them were a bit annoyed (I’m being polite) that it hadn’t been mentioned earlier.

Please don’t miss Gilbert’s Syndrome – if a patient has elevated bilirubin levels consistently over many timepoints – you just might be looking at the explanation behind a whole raft of their health problems. Don’t believe the lack of hype ( we’re always being told it is benign and doesn’t mean anything…Gilbert’s patients and researchers in this area would beg to differ!) around a major impediment to the most significant phase II detox pathway!

Have a patient with unexplained high bilirubin values? Need to polish up on Gilbert’s Syndrome – what this really means for clients and how to manage this aspect of their health?  Gilbert’s Girls  is one of our most sought after and popular UU30 recordings and will give you the lowdown you need plus some important related resources.