Are You a Premature Evaluator? 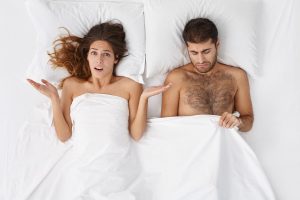 I was lucky enough to hear Jason Hawrelak’s excellent presentation at the Australian Naturopathic Summit last weekend, titled: A Case of Blastocystis Infection – Or Is It?  Timely, highly valuable, immediately usable, provocative education (just how I like it 😉 ) on how perhaps often Blasto is playing the scapegoat for another condition/cause of patients’ GIT symptoms. During this case study,  Jason detailed the shonky diagnostic work-up of his current patient by a naturopath 12 years prior…that naturopath was him.

There was so much to love about his telling of this case study and the discourse around it but here are my Top 3 Takes:

Regarding the latter, Jason’s client whom he diagnosed with ‘Blasto induced gut problems’ 12 years ago, turned up in his clinic again recently, after spending the time between on ‘multiple antibiotic courses ( read buckets!!), years of herbal antimicrobials etc’ all attempting to eradicate the Blasto.  Even when he finally did achieve eradication, his GIT complaints were no better. Huh?! That’s right. With the benefit of  Jason’s increased knowledge and with his more methodical approach to investigating patients and therefore avoiding ‘premature evaluation’, Jason had come to realise that in fact his patient had suffered from SIBO likely secondary to coeliac disease all along…and the Blasto had been an unfortunate and blameless scapegoat.

I love this story. It’s a message for all of us. Its authenticity and humility.  We all have stories like these.   And it serves to remind us, just because you find something…Blasto, an MTHFR SNP, a low T3, you need to keep your head and protect against jumping to a causal conclusion.  If we are not through with our work-up of the case and fail to consider all the differentials, we can make the wrong diagnosis, follow the wrong treatment path and our patients end up nowhere other than at the ATM.  And in the process…we greatly under-value & undersell the power of good naturopathic care.

Being one hugely in favour of methodical investigation & avoiding premature evaluation 😉 – Rachel recently released two new additions to her Diagnostic Masterclass:  Haematology – What Lies Beneath and Understanding Immune Markers & the Clues Within – which together teach you everything you need to know about how to read & get the most in-depth naturopathic clues from an FBE/FBC – one of the most common sets of labs your patients will present with. Get your diagnosis right and your treatment will follow.