Is Your GP Doing it Tough Right Now? 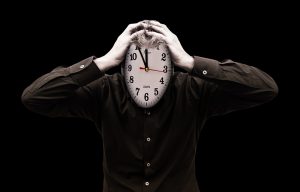 If you receive the free Medical Observer newsfeeds you’ll know what I’m talking about.  Here are some recent headlines:

I stand accused of rorting Medicare.  This is what it’s like

A GP is sued after doing everything right — except her notes

This Christmas I wish for doctors to feel valued again

So the answer is, probably.  Tales direct from the trenches that I hear from GPs, suggest it is increasingly difficult to make a living without adhering to a crazy volume of <10min appts, without being sued (too often) or dragged in front of AMA or APRHA. I hear them and know that the increased pressure is coming from multiple angles and I think it is very sad that previously such a respected and valued role in society appears to be ‘losing its value’.  Don’t get me wrong, I don’t agree with the old ‘Doctor as God’ model and think it ‘s very unhealthy actually for patients, but I feel like GPs with all their extensive training, knowledge and expertise are in urgent need of an Oprahesque ‘new dawn’!

I mean, I was first-on-scene (I know I have a knack for this) when a passenger collapsed on a plane recently. Having just redone my first aid for the millioneth time (ok slight exaggeration) I was there with my DRABCDs fresher than ever in my mind but BOY was I relieved when a real DR (hold the ABCDs) was able to come to said passengers (& my) aid!

And what of the endangered ‘family doctor’?  I miss it, to be honest. We’ve had a couple of false starts…“No, Dr Seuss has left this practice and we’re not sure where he/she is now’. Only to discover they left over management clashes and difficulty staying financially viable at that practice. And this ‘new dawn’ ideally would include strong healthy working relationships between these GPs and naturopaths, psychologists, massage therapists etc. that would help to reduce the pressure/expectation and onus on the doctors.

I’ve said it before and here I go again: there is a huge pool of under-utilised public health human resources in the form of nats, nuts, massage therapists etc. that rather than being regarded or treated as the competition, or even the enemy, by mainstream medicine could be a fantastic source of support to them. A collaborative model that actually is in everyone’s best interests.

I’m not of course saying they have challenges and us non-GP practitioners are on easy-street…OMG ROFL!!! Naturopathic medicine, in particular, has needed our own Oprahesque new dawn and a little less Gwyneth for a long while now!! But I can see with my own eyes that the sands are shifting for medical general practice  and it leaves a lot of talented and caring doctors not knowing where to stand.

Or is it just me..? What do you think about what’s happening for GPs? 😉