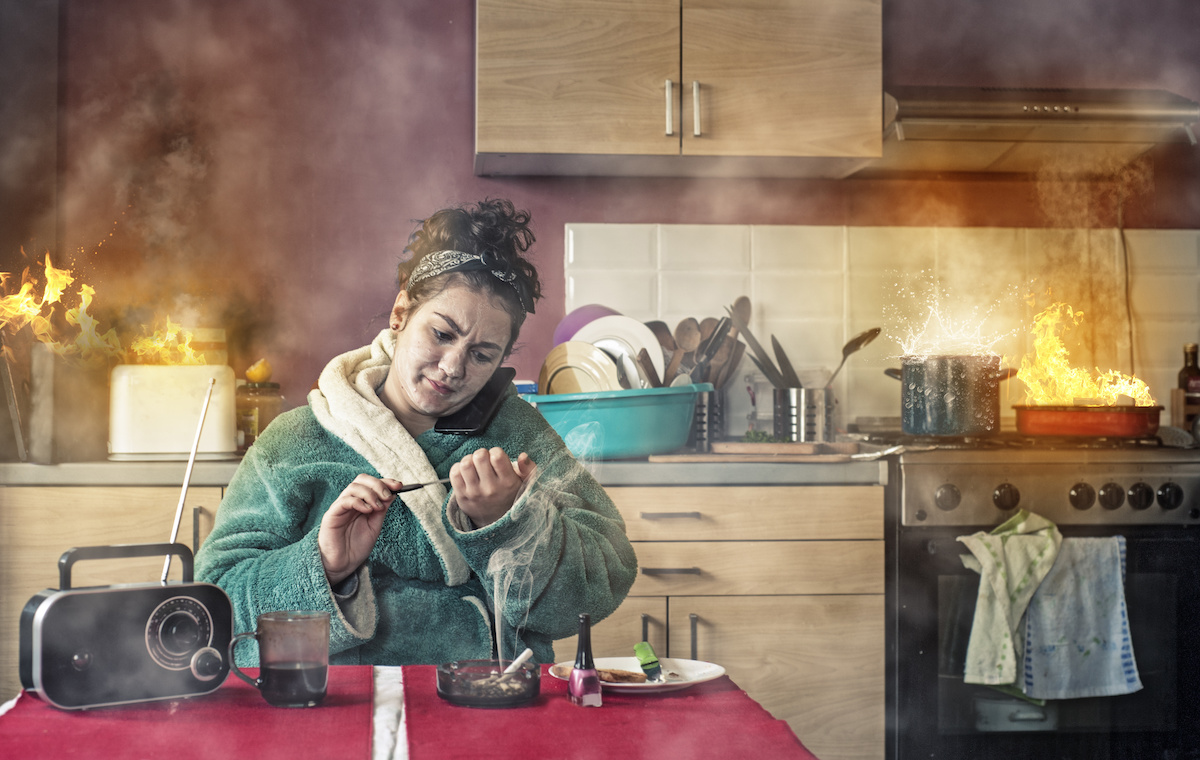 I’ve a confession to make, I took the batteries out of our smoke detector in our kitchen. Why?  You know why.  Because it went off all the time, with what I like to call, friendly fires…you know, heating oil for poppadoms, a rush of steam upwards from a hot pot on the stove with its lid removed, gosh even toasting your bread a little too vigorously would do it! Taking the batteries out, stopped the alarming alarm (!) and quelled my need to always keep a tall stool and ‘whooshing’ implement nearby, in preparedness for the next smoke activated siren. But of course this is not a solution.  There are consequences.

I recently realised this was the best analogy I had for many patients who have experienced significant trauma.  Particularly when this trauma has occurred during childhood, there is potential that they too have effectively ‘taken the batteries out of the ‘smoke alarms’

This has been documented in a proportion of individuals affected with PTSD for example and is believed to be due to the ‘re-calibration’ or ‘rewiring’ of their HPA axis in response to excess ‘over-activation’.  So because their internal ‘alarm system’ had been so consistently activated, the chronic hypercortisolism evokes a down-regulation of their glucocorticoid receptors, as a means to ‘turning down the volume’ or…removing the batteries.  Let’s think about this.  If your patient has, let’s say, 5 receptors for cortisol compared with 50, their receptors will be ‘filled’ quickly with only minimal amounts of cortisol.  This receptor ‘fullness’ however is detected by the brain which in turn then shuts off the ACTH release.  But really there was only a small amount of cortisol. The threshold for the negative feedback inhibition (cortisol –> no more cortisol) is very low and patients can end up with too little.  Wouldn’t they have less stress, then, feel better then?

In spite of all the name-calling Cortisol is not the criminal he’s been made out to be.
Cortisol ≠ Stress.
Cortisol in fact offers a way out of stress – the means to physically resolve the stressor.  So too little…feels awful.

Patients of mine who have been shown to be affected by this hypocortisolism present as extremely anxious with poor stress tolerance, in fact if I didn’t know differently, I would have imagined they had ‘over-activation’ of their SNS not under.  When I speak with them I try to find different ways to describe why this down-regulation of their HPA can contribute to their mental health challenges. I talk about Cortisol being akin to clothes…no one wants to leave the house without it, or a raincoat that we really need because one day inevitably its going to rain and we’re going to be out in it…its protective.  But from now on I think I might confess about my battery-less smoke alarms.  Yes I can cook toast without getting startled by screeching sirens now…but I could also burn down my house…which clearly doesn’t rid me of stress and anxiety…

From the Update in Under 30 Archives – Investigating the HPA

Anxiety, high stress, poor sleep – it all sounds like high cortisol right?  But did you know that these are all features of abnormally low cortisol as well, which underscores why accurate adrenal assessment is so important.  This Premium Audio takes you through all the investigations you have at your hands, from clinical markers (Pupil response, Rogoff’s sign etc.) to the strengths and weaknesses of blood, urine and saliva assessment.  It identifies the variables you need to consider and how to accurately interpret your patients’ findings.