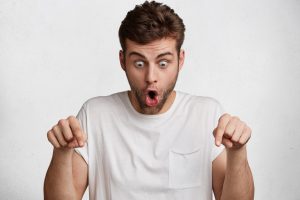 b. Every herbalist’s jaw at my table at the NHAA conference gala dinner, when I got almost all my Latin binomials right during the trivia quiz?…and after some champagne, that’s a particular achievement

c. My jaw, when I saw firsthand how much those herbalists could drink of ye-not-so-olde herbal extracts!!

d. The latest Update and Under 30 – Milk Madness Part 2

e. All of the above

If you answered, ‘e’…. you must have been one of those herbalists at my table, otherwise you have way too much insider information!  But yes you are correct on all accounts. So this latest UU30 is an extension of our discussion last month about the potential contribution from to mental health from dairy intake in a subset of patients.  This whole topic, the research for which dates all the way back to the 70s, was too big to fit into one – given the current evidence base that now depicts at least 2 different mechanisms that might be at play, and the different types of mental health problems, each has been linked with.  Last month was all about retracing the ‘dietary exorphin’ path, this month it’s about the propensity for some individuals to make antibodies to casein and the significant growing data that suggest this happens to a larger extent in patients with certain psychiatric diagnoses. More importantly, we talk about the ‘why’.

What compelled me to make time to look through all the literature on this was that there is some. No seriously.  When I initially learned of the GFCF dietary approach to ASD patients I was told that in spite of a lack of supportive research, the empirical clinical evidence was irrefutable, which I later saw with my own eyes.  In the couple of decades since, I only really heard about negative findings, short trials of the elimination diet specifically in ASD kids, that failed to produce significant change.  Funny how the bad stories rise to the top, right?  But when I spent the time doing a thorough literature review, I found these negative findings were far from the whole story.  In fact, I was really surprised by the high level of evidence employed by researchers of late, who have repeatedly found associations between either exorphin or antibody levels and patients with particular diagnoses, in addition to really progressing our understanding of why these measurable differences (urinary exorphins, plasma IgG and to a lesser extent IgA casein antibodies) are meaningful. Do we know everything? What do you think? The answer, of course, is always no.  But we know enough to consider this aspect in our comprehensive workup of mental health patients and all their biological drivers and we know dramatically more than anyone in mainstream medicine, or the dairy industry for that matter, is ever going to let on!

If you want to hear a synthesis of the casein antibody link with mental health then download the latest UU30 – Milk Madness – part 2.   If you can’t go that far, then “do yourself a favour” and read a couple of seriously important articles on this topic – and why not start at the deep end with this study by Severance in 2015.

Could dairy intake in susceptible individuals be a risk promoter for mental health problems?  In addition to evidence of the exorphin derivatives from certain caseins interacting with our endogenous opiate system discussed in part 1, we now look at the evidence in support of other milk madness mechanisms.  Specifically, the IgG and,  to a much lesser extent, IgA antibodies about what this tells us about the patient sitting in front of us about their gut generally and about their mental health risks, specifically.  The literature in this area dates back to the 1970s but the findings of more recent and more rigorous research are compelling.