This Brain’s On Fire 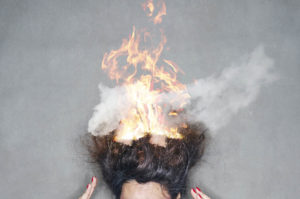 I was at the Medicinal Cannabis (MC) in Mental Health Conference run by GHI on the weekend and I have to confess, I inhaled.  Seriously, deeply, inhaled. Just as I had hoped, this was a very high level of information on this important topic, delivered by outstanding presenters: from authorised Australian MC prescribers, to the head American researcher of the largest MC trial to be run in psychiatry – from brilliant pharmacognosists whose every day is spent immersed in complex cannabis chemistry to our very own national (naturopathic) treasure, Justin Sinclair.  I left there with thousands of words typed into my laptop, and about a thousand more in my brain, spilling out onto anyone who stood still long enough. Ahem…thank you my dear tolerant family & friends 😉

Let’s be clear. I am not in a position to prescribe medicinal cannabis.  Nor do I want to, right now.  But like me, patient purchases off the green market in response to DIY diagnosis and prescribing are on the up and up. I have felt concern and apprehension about this but not known enough to engage in any conversation. Now, watch out… I’m finding my words!

I left the conference with a much clearer sense of the patients and presentations for whom it may prove medicinal – most obviously for those conditions outlined in the WHO review including nausea and vomiting in cancer and pain refractory to other analgesics.  In addition to this, we were privileged to hear from a mum and son who have had to employ cannabis for the last half a dozen years following his diagnosis of an inoperable brain tumour, that originally robbed him of his literacy, his joy of reading and his overall quality of life, with high frequency seizures and intractable vomiting etc.  MC has remarkably given much of this back to him.  And I remain optimistic about future potential uses in psychiatry – especially within certain PTSD cohorts thanks to this small but promising study by Greer et al in 2014. Inspired by this paper and her extensive experience treating war veterans with PTSD, Dr. Sue Sisley, who spoke at the conference, executed a similar study of 6000 veterans for a MC inhalation trial.  I’ve got a spoiler for you…the study failed – publication pending.

But before you add 1 + 1 and get 3.879…let me tell you, there is nothing as powerful and revealing as hearing researchers talk firsthand about their trials. When Sue put up actual photos of the medicinal cannabis they were supplied with for this study…the room collectively let out a giant Gasp!

It was brown, full of stem and…wait for it…mould. Yup.  But that is what they, and as Sue poignantly pointed out, & what every other group of American researchers who run studies on MC as opposed to synthetics or extracts, have to use.  So…are any negative outcome a surprise? No.  But it will no doubt be interpreted as a sign that we shouldn’t pursue research in the area of MC and PTSD. We should. Have I completely ditched my concerns about negative mental health impact from cannabis? Absolutely not.  And Professor Michael Lintzeris, the Director of the Drug & Alcohol Services South East Sydney Local Health District; Conjoint Professor, Division of Addiction Medicine etc., spoke eloquently & comprehensively to this inherent duality of this herb in this regard. Even the most isolated and lauded (non-intoxicating) constituent of cannabis can be both help and hindrance to anxiety and depression sufferers and most clearly, Michael warned us not to make MC the opiates and benzodiazepine panacea promises of the past, buying the rhetoric of ‘no tolerance, no dependence, no risk’. How each individual’s mood and mental state responds to MC, whole plant, extracts or isolated constituents, from anxiogenic to anxiolytic and from depressant to antidepressant, has been clearly demonstrated to differ according to genes, ‘endocannabinoid tone’, route of administration and dose.  Seems like all roads lead to an individualised health care approach & prescription…yet again 😉

Need a road map to think your way through the integrative work-up of your Mental Health patients?

In Mastering Mental health: New Assessments & Management Resources in your Clinic, Rachel introduces you to new clinical tools that she has been developing to help us all better master the maze of mental health. With so many possible biological drivers: from methylation to inflammation and from gonads to gut, these tools can help you quickly identify those most relevant to each patient and also outline the strategies necessary for redressing these. This presentation comes with an extensive library of resources including pdf of Assessments Tools and Case Study Notes.