Turning the Spotlight on the Low Dopamine Depressive 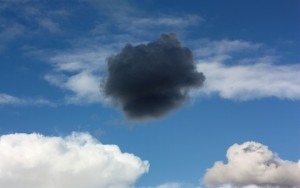 Low dopamine as an underpinning cause of depression, anxiety and even addiction (illicit drugs, sex, gambling) has been gaining increased recognition in research.  In spite of this there are no antidepressants currently on the Australian market that address dopamine specifically and therefore patients with this pathophysiology often fall through the gaps, failing to get efficacy from pharmaceuticals.  Many of these patients are subsequently diagnosed with ADHD as well, which has disordered dopamine as part of its aetiology, and are prescribed dexamethasone as well.  The dexamethasone, being a stimulant that helps significantly to improve dopamine, is typically the drug that has more of a positive impact than the anti-depressants on these patients however, still fails to really solve the issue and can come with many side effects.

Since the 1990s the term ‘Reward Deficiency Syndrome’ was coined to describe a subset of these individuals whose brains are effectively under-equipped with dopaminergic activity in certain key areas.  This is the result of a less common genotype coding for our D2 receptor in the brain.  Far from being rare, this genotype is reported to be present in 30% of Americans, however, the magnitude of problems associated with it can vary from mild to severe depending on many other genetic and environmental factors.
There are a range of striking features that help to distinguish the low dopamine depressive from other types and being familiar with these can help you to identify the best treatment options.  In particular the specific effects that low dopamine has on an individual’s sleep architecture, sleep patterns and dreaming can be a real light bulb moment in the consultation.
In Turning the Spotlight on the Low Dopamine Depressive Rachel takes you through the findings of a recent case of a young man with severe depression and anxiety, highlighting the key questions to ask which help to elucidate the most important information and then outlines what to do once you’ve determined low dopamine is at play.  To purchase and download this latest Update in Under 30 Audio recording and a great paper on low dopamine sleep patterns click here