What’s A Little Flesh Between Friends? 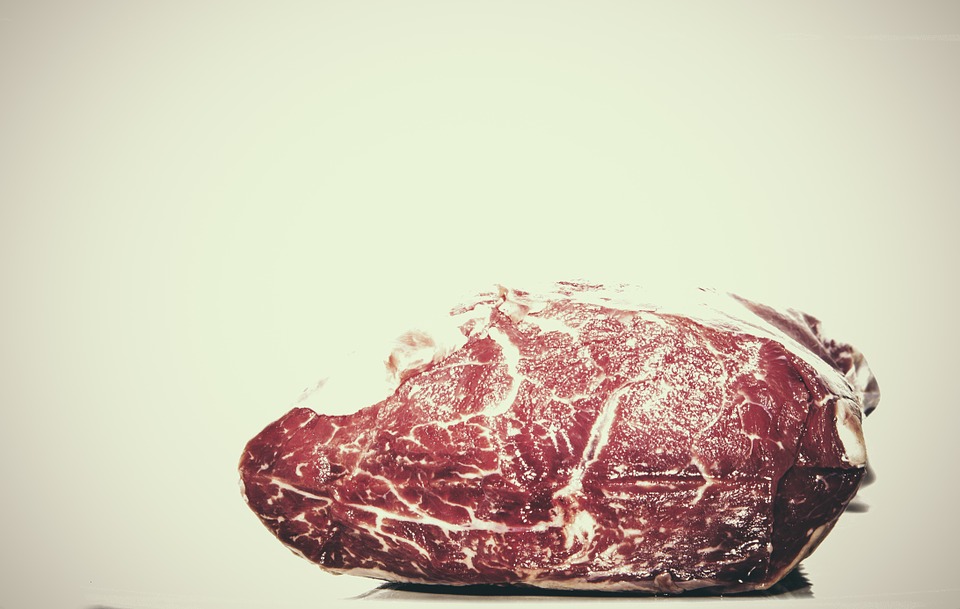 I talk so much about iron, I feel like I’m cheating on my life partner (Zinc)…but these two are arguably the main mineral deficiencies we encounter most consistently in our patients and, don’t tell Zn, but quite frankly, in terms of who’s more well recognised out there, Iron throws some serious shade!  But the truth is they’re a ‘twofor’, as a result of their similar distribution in food, with both demonstrating significantly better bioavailability (read: virtually double) from flesh foods etc, ‘Watch out, she’s on the attack again!’ I can hear the V’s (vegetarians and vegans) say and yes I think you see this one coming…but I think it’s possible to be pro moderate meat, without being, antiV.

Ethical and environmental aspects aside (just momentarily) it is hard to argue against the nutritional benefits from moderate meat for most patients.

I tried, trust me.  Put my own body on the line (and my babies) to be a vegetarian for over a decade.  But as the wheels fell off for me, I noticed them falling off for so many others…and these were people who were educated, with a capital ‘E’ and putting serious ‘E for effort’ into substitution etc Not everyone of course – but a LOT of women and occasionally some men.  There was no denying their ‘iron hunger’ (high serum transferrin), their movement towards microcytosis (however slight that ‘smallifying’ may be…we don’t wait for anaemia, right?), their poor zinc status and more importantly, the clinical chaos of impaired immunity, some cognitive or mood issues that presented, as a result. I went back to the mineral manual, back to all the science that helps us to understand these minerals especially in a modern dietary context.

Ah yes…meat has become marginalised in our diets compared to those of our yesteryear selves (ABS data) while our consumption of potential mineral inhibitors…you know, all the good, but bad, but good foods, like legumes and grains and green tea and and and…has risen…especially among the kind of clients who come to see us, right?

Which ultimately leads to a lower iron ‘income’ with the same outgoings, again especially for menstruating, pregnant & breastfeeding women.
The books don’t balance.
(So then…IV Fe to the Rescue???)

Bite me…it’s just science. There have been some wonderfully thorough studies on this very issue and thoughtful discussions. This study in particular, by Reeves et al, of Australian women in their 20s followed for 6 years to 2009, argues that just a 1mg/d increase in heme iron from flesh foods could reduce susceptibility to the subsequent development of iron deficiency amongst omnivores. So while the median daily intake of fresh red meat in these women was just 39g/d, their analysis found that an additional 70g of lamb or 60g of beef…or about 140g of chicken and 250g of fish if you prefer white over red, appeared to be the positive tipping point for women and their ability to stay iron-replete.  Well below ‘dietary guidelines’, nowhere near the scary cancer correlations (which of course may be more about fat or nitrates or ??).  Moderate meat intake, right?  Just saying. And don’t worry, I know.  The only thing worse than an evangelical ex-smoker is a rambunctious reformed vegetarian 😂

Need A Manual on Minerals?

Minerals represent a critical tool in naturopathic nutrition and there has been an explosion of research in this area over the last 10 years. In order to optimise patient care, practitioners need to keep up with the constant stream of information, updating their previous beliefs and understanding in the process. This seminal 7hr seminar (!!)…yes…seriously..it’s THE MANUAL..is designed to facilitate and accelerate this process of review and re-evaluation via a fresh look at the key minerals iodine, selenium, iron, copper, zinc, calcium and magnesium.

At less than $10 per hour of recording, the real investment is your commitment to making the time for a mineral makeover.