When I Would Give Withania A Miss 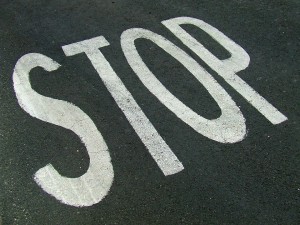 We kicked off mentoring this year with some great cases last week.  One was a pregnant hyperthyroid client.   During the session the wonderful practitioner mentions that the client is using Withania somnifera as required for anxiety.

Insert sound of brakes screeching to a dangerous squealing crash!  Here’s a situation where I would give Withania a miss.

The evidence linking Withania to increased thyroid hormones is limited but came to light initially from animal studies whereby administration of the herb consistently produced increases in either T4 and T3 or T4 alone.  Further evidence came from a case report of thyrotoxicosis in a previously healthy 32yo female who was taking only Withania and whose hyperthyroid symptoms and blood values all normalised upon cessation of the herb. The latest instalment comes from a RCT of  patients with bipolar disorder who were given 500mg/day of standardised Withania somnifera over 8 weeks.   Although this study was not intended to investigate the effect of the herb on thyroid function and therefore, the sample number etc. is quite small, once again an increase in T4 levels in all patients taking Withania was demonstrated and was in the vicinity of a 7-24% increase.  One individual who had abnormally high TSH at baseline, after taking the Withania for 8 weeks had a ‘normalised’ TSH level.  The mechanism for this effect remains unclear, although an effect via changes in the deiodinase enzymes (altered or impaired T4–> T3 conversion) has been ruled out.  The current hypothesis is Withania directly stimulates the thyroid gland.

Now this is great news for our HYPOthyroid patients of course and in fact I have used Withania in this capacity for this reason and had some great results but it does mean Withania somnifera is contraindicated in anyone with Grave’s disease or any elevated risk of hyperthyroidism.  Recently, one of my Grave’s patients was recommended Withania by a doctor – so take heart – most practitioners are not aware of this but importantly now you are!

Here’s the link to the latest article linking Withania to increased thyroid hormones in bipolar patients:  https://www.ncbi.nlm.nih.gov/pmc/articles/PMC4296437/.  Hope this helps 🙂

The Update in Under 30 audios which are recorded each month are now available via a 12 month subscription.  These Mp3 soundbytes are less than 30 minutes & recorded by Rachel on juicy clinically relevant topics.  At under $14 per month, they’re a great way to stay up to date & earn CPE points on some of the most essential issues without leaving your desk!