Blowing Over On A UBT 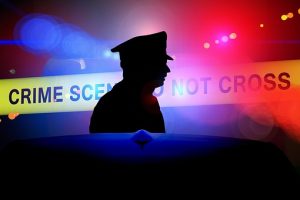 A few months back I seriously ‘blew over’. Not on an RBT but on a UBT (Urea Breath Test).  In spite of it being not the kind of test you want to score top marks for, my result was in the high 2000s, when all I needed was around 800 to confirm, and anything over 50 to be suspicious, that Helicobacter pylori had taken up residence in my stomach lining. I tell you, I knew it when I blew it! 😉  After ingesting the radioactive urea and waiting to blow up my sampling balloon, I felt like I could still fill a room full of balloons with all the gas being produced in my stomach and those balloons, I imagined, would all rise to the ceiling as if full of helium! Yep…I burped all the way home, which was representative of what I’d been experiencing daily for a month beforehand and what lead me to get the test done.

But initially, it wasn’t so clear.

The very first symptom I experienced was a sudden onset of severe tightness around my throat that lasted for minutes but started to happen multiple times in a day.  Yep..no one panic.  Together with a strange sensation of ‘extreme emptiness’ in my stomach on waking or delayed meals, and then mild nausea both with an empty and full stomach…only some days or weeks later the fabulously-unprecedented-&-socially-adorable-burping started, proper.

So a month or so later, I’ve solved my own mystery.  Happy? Not in the least…where the heck have I picked up H.pylori from? Yes…that’s what I said because it had to come from somewhere people…right?   I think there is much we have misunderstood about this bacteria with an incredibly long and interesting human history.  Animals don’t and can’t carry this bacteria.  The evidence suggests that it can’t survive for very long in the environment either (approx 4 days) but that is long enough to get into our food and water and maybe even onto shared chopsticks…just saying (listen in to hear the lowdown on all these and more!) Essentially hoomans are the traffickers, people!  In fact one of the things that surprises people the most is the very high prevalence in young children and the clusters of positive tests & identical strains within families…but once you learn a little more about this bacteria…it won’t surprise you at all.

Now that’s not to say there aren’t important other risk promoting factors for Helicobacter: dietary, digestive, medication-related, occupational (what the?…yes!) but in short I had to have been gifted this little critter by somebody (having not been a childhood host myself) AND I certainly didn’t want to pass it onto my kids and my loved ones. So where do I get to point the finger….??!!

So I’ve done a little deeper digging about transmission and risk factors so I can better inform us all. Is it a commensal aka ‘Don’t shoot!’? Not for me it isn’t, I was incredibly symptomatic but does that make eradication the goal for everyone then??! And most importantly until I blow a negative UBT should I be banned from kissing?? Goodness forbid right, but that is in fact a very valid question …and I’m happy to share the details with you all in my latest Update in Under 30: Blowing the Lid on Helicobacter pylori: Who Gets It & Why.

While many are obsessed with finding the ‘source’ of their ‘Blasto’ or other friendly gastrointestinal parasites, less of us ask the same question and do the comparable detective work in cases of Helicobacter pylori, a bacteria that is estimated to inhabit the gut of over 50% adults worldwide and a surprising percentage of children.  But we should.  The transmission of H.pylori is accepted as being through person to person contact but the exact mode or route remains hotly debated.  So if one individual tests positive what sort of things should be put in place to prevent sharing it with their loved ones? What are the other risk factors that can increase or reduce our susceptibility even in the face of  such exposure?  Should we even worry about its presence – is it simply a much much maligned and misunderstood commensal? It’s time to revisit this bacteria that has a long and fascinating history with humanity with our latest UU30 – Blowing the Lid on Helicobacter pylori: Who Gets It & Why.

For all Update in Under 30 Subscribers, it’s now available in your online account
and or you can purchase this individually here.

Haven’t got a subscription? Become a Premium or Standard Subscriber and join the many integrative health professionals who are plugged into Rachel Arthur’s pearls of wisdom every month.