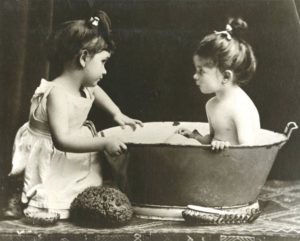 Copper deficiency happens in kids, so does copper toxicity and both are serious concerns, but do we know when to accurately call either?  First, we have to know ‘normal’. If we know what normal Serum Copper values look like in children, then we can easily spot those falling below or above this, right? That’s the first hurdle we tend to knock over and break a toe on!  Being a mineral whose levels vary widely in soil from country to country, globally, the differences in reference ranges are breathtaking & absurd. Add to that, that copper is a key mineral in kids, driving huge demand for it during key periods of development, so the range for pre-schoolers isn’t the same as the primary or high schoolers – not that your lab is flagging that. Unhelpful? Yes.  Dangerous, even? Potentially.

To diagnose ‘Copper Excess’ in a child is a big call to make.

One, because most practitioners are unaware just how much Copper a child really needs at each age & two, high copper is often a messenger for something else going on and then three,  the primary objective based on this diagnosis becomes to lower their Copper but we could be either shooting the messenger or missing the mark all together…right?

Copper excess does happen but not nearly as often as practitioners believe it does.  And in kids, the fall-out from such misdiagnosis is bigger. And missing a Copper deficiency? (because we’re not as well-trained to recognise it and because Copper has been sadly demonised)  Likely to have myriad negative impacts at this vulnerable age…almost none of which generate symptoms or a distinct clinical picture e.g. secondary iron deficiency, low neutrophils without necessarily compromised immunity.  But what about the holy grail get-out of jail adjective: ‘relative’. You know, ‘this is at least a Copper excess relative to their Zinc?’

Well, to form this opinion you’re likely calculating the Zn:Cu ratio and applying an ideal adult value of 1:1 but show me the primary evidence that supports this for kids…anywhere?  The Zn & Cu relationship shifts as we move through life-stages and in fact Copper is supposed to dominate through a lot of our childhood so…ummmmm…no.

HTMA Copper side-steps all of this?..double no.

I used to make the same mistake re Zn:Cu, I may have even taught you this?!🤦‍♀️  But as so often happens, a week spent in all the original scientific data and I’ve emerged a changed practitioner! Having been part of perpetuating this problematic premise in the past, I am determined to get the correct message out there to as many practitioners as possible.  So help me spread the word on Copper in Kids – by telling others that this mineral is so critical to kids compared with adults, they will often have higher levels than ‘us’ and that until you’ve applied the right age-appropriate reference range and ruled out confounders you can’t possibly make a call on Copper. I mean, we kind of knew this all along, with healthy pregnancy Copper values being exponentially higher being a giant clue. Turns out kids’ ‘Copper Age’ extends way beyond the womb.

Learn more about Copper in Kids
Copper, as a kingpin in angiogenesis, brain & bone building & iron regulation is a critical mineral during paediatric development. So much so, the kind of blood levels we see in a primary schooler might cause alarm if we saw them in an adult. So too their Zn:Cu.  But higher blood Copper and more Copper than Zinc are not just healthy but perhaps necessary during certain paediatric periods.  This recording redefines normal, low and high with a great clinical desktop tool to help you better interpret these labs, as well as reviewing the top causes and consequences of both types of Copper imbalance in kids.
The latest Update in Under 30 has landed. You can purchase January’s episode, Copper in Kids here.
If you are an Update in Under 30 Subscriber, you will find it waiting for you in your online account.
-Your RAN Online Account has a NEW LOOK!!-
Next time your log in, you will experience a more user friendly way to search, view, listen and download your resources. Find out what’s new here.