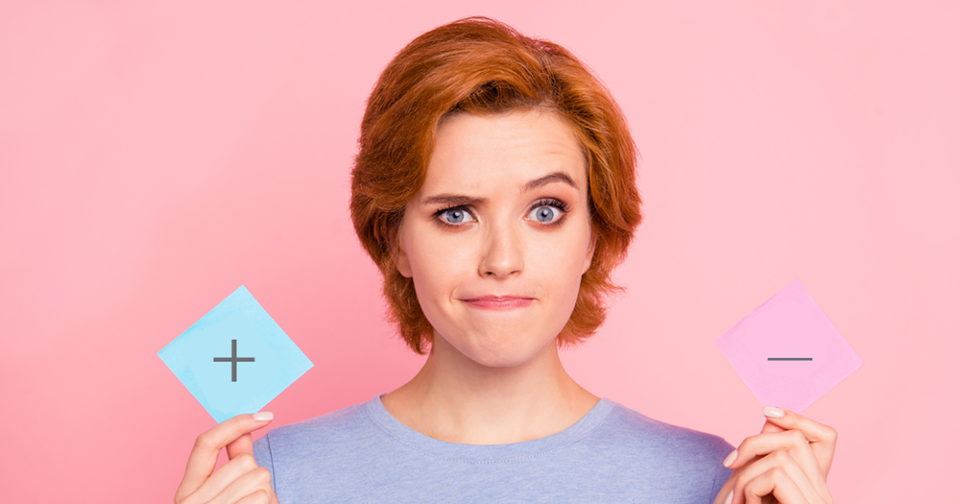 And health, no matter which side you sit on, seems to be particularly plagued by them.  I (incorrectly) recall my 4 year degree as being a series of deep personal losses, some favourite food, then caffeine, then alcohol etc etc.😂 Likewise, I’m aware that naturopathy & integrative health’s ‘voice’ in the ‘conversation’, could arguably be perceived as mostly a negative one – as in, ‘No. Never. Not good. No, not even a little bit?!’  But I love both playing devil’s advocate & reading the research (ALL the research – even the stuff that doesn’t support my views and position GASP!~) so I am less in favour of absolutisms.  This came up recently when I suggested alcohol may improve iron uptake 😬

Practitioners’ responses were 1 of 2 types: humorous dismissal (“steak & beer for breakfast – at last a naturopathic prescription I can support!”) or horror.
But why are we so attached to the absolutes in spite of contradictory evidence?

Let me ask you this: is coffee bad? Full stop? Period? The end? Or is it the most concentrated source of antioxidants consumed in the average Western diet? Does it improve bile flow, peristalsis and at higher levels actually protect the liver against damage? Clearly, we need to read all the evidence, including, the favourable and make individual decisions about ‘what serves and what sabotages’, for each patient. But do we? Or do we imagine we only get membership to the ‘Ultimate Integrative Health-club’ when we adhere to blanket bans?

Similarly I, like many of you, see a LOT of iron deficient women –  & a fair chunk of these have been incorrectly labelled, ‘refractory’ because the conventional correction strategies (high doses everyday) don’t actually make sense. But like you guys too, I’m always on the hunt for new ways to improve iron absorption in these women, so I can hit them & their gut with less. That’s why I shared the research regarding alternate day dosing, and taking a supplement within an hour of exercise and now, I dare to ask if a tipple could be helpful?

While we know that both ‘GOOD’ (exercise) & ‘BAD’ (alcohol) health behaviours increase gut permeability, which sounds ‘BAD’, right?
But could this be ‘GOOD’ for some?

This has certainly been demonstrated in relation to exercise & iron but most of the research investigating how alcohol intake effects iron uptake and status is based on alcohol abuse. The study below, however, based on a large sample of non, mild, moderate & heavy drinkers captured in NHANES data – is a very well written and reasoned article, such that it can exclude liver damage, inflammation and HFE mutations as other explanations for the better iron status, in drinkers. And it found:

Oh and just in case you’re thinking, “Have we all misdiagnosed iron deficiency and it’s actually a Copper deficiency underneath?”  because last year the fashion was everyone was copper toxic and now this year someone’s making noise saying everyone is copper deficient !!! (Absolute? Anyone?!) Ah, no.  Copper deficiency, as a cause of iron deficiency and anaemia, has been around for about as long as nutritional medicine itself.  It is absolutely a thing.  But in the absolute minority of people.  And if you go back to some basic maths & compare and contrast Fe & Cu at each level: 1) requirements almost 20mg Vs < 2mg 2) average intake (inadequate Vs adequate) 3) bioavailability (Fe < 20% more typically < 10% in a modern low meat diet Vs Cu  is typically >50% ) and do some basic sums I call, ‘Menstrual Maths’ – You’ll likely deduce that inadequate iron intake and uptake, given our losses, is in fact the common culprit and a ‘coldie’ may be more beneficial than copper in most!  Can y’all stop asking me about that now – pretty please?

So You Think You Know How To Treat Iron Deficiency?

And then you don’t.  The reality is we all struggle at times with correcting low ferritin or iron deficiency anaemia  – so what have we got wrong?  In spite of being the most common nutritional deficiency worldwide, the traditional treatment approaches to supplementation have been rudimentary, falling under the hit hard and heavy model e.g. 70mg TIDS, and are relatively unconvincing in terms of success. New research into iron homeostasis has revealed why these prescriptions are all wrong and what even us low-dosers need to do, to get it more right, more often!

Did you know you can subscribe to these?  We deliver at the end of each month, just add a 12-month subscription to your cart and Rachel’s latest research is on it’s way to you!