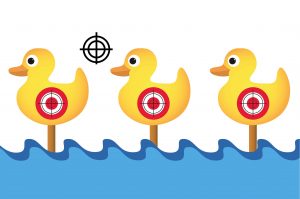 Oral sex. There I said it.  Last month when I talked about Helicobacter pylori and where people might ‘catch’ this – if they didn’t inherit the little critter from their mum or family as an infant – we thankfully were able to rule out kissing as a source of transmission between couples P.H.E.W…but I sort of got shy (Who, you, Rachel?!!) and danced a little bit around the question of whether other forms of sexual contact represent a possible route of exposure (pardon the pun).  Until a lovely colleague after listening to Blowing the lid on H.pylori-who gets it & why – said, ‘Now seriously Rach, are you trying to say, oral sex may be an issue?’ Well…ahem…maybe.  You see, remember what I said about candida being a vector for H.pylori and therefore H.pylori being present in the vaginas of women who have this bacteria residing in their stomachs. Ok…enough of that now I am blushing..but if you want to read more on this grab this article in BMJ from 2000 by Eslick who discusses (and seems a little too interested in, can I just say), the risks of H.pylori transmission via a myriad of sexual activities.

A month has passed since that last UU30 edition and it’s time for another instalment. This month, I’ve taken the giant leap forward many of you requested, into the fascinating realm of how best to manage H.pylori positive patients, in whom this bacteria really does constitute a pathogen.

Do we just try with multiple relentless antimicrobials to blast holes in this critter, a lot like the conventional approach…which, thanks to its significant capacity for developing resistance, is like aiming at a constantly moving target,…or…?

I’ve got a very different suggestion and approach.   Increasingly we realise that the GIT microbiome is a vulnerable & dynamic balancing act and as a result, when treating patients with confirmed parasites, or worms or potentially (but not always) pathogenic bacteria such as H.pylori, most of us are doing much less ‘weeding’, less ‘eradicating’ and definitely less ‘shooting at things only to hit others’, these days.  Instead we think about how we can best change the environment.  So, what is it about someone’s stomach that opens the door to H. pylori and lets it in, and then perpetually ‘feeds’ it to ensure it stays longer and wreaks some real havoc, we identify & treat what about this over-friendly stomach is amenable to rehabilitation? As it turns out…that’s a lot.

And surely if add to our antimicrobials a larger focus on rejuvenating the gastric environment of H.pylori patients, to control the growth and activity of this bacteria, and in some cases even kick it out of the big brother house altogether…the chances of relapse and reinfection (a big one in this condition) will be dramatically less..not to mention the broader benefits on the greater GIT function, now the stomach has been remediated.

Or you could just keep trying to hit the moving bulls-eye?

H.pylori – Eradicate or Rehabilitate?
For a bacteria identified just a few decades ago as being a cause of chronic gastritis, atrophic gastritis and gastric carcinoma, the escalation of number of antibiotics used to eradicate it (4 at last count + PPI) has been nothing short of breathtaking.  A management approach more consistent with both integrative medicine and with an improved understanding of the delicate microbiome includes a bigger focus on changing the gastric environment to ‘remove the welcome mat’. What do we know about how to do this successfully? It turns out…quite a lot.

Hear all about it by listening by my latest Update in Under 30: H.pylori – Eradicate or Rehabilitate?
For all Update in Under 30 Subscribers, it’s now available in your online account and if you are not a subscriber you can purchase this individually here.