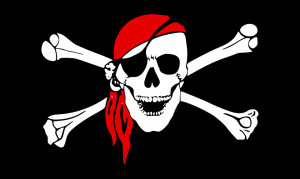 Recently, while I was touring around the country talking all things Acid Base (!), I spent a bit of time talking to practitioners about the limitations of our current protocols and assessment tools for detecting ‘Bad Bones’.  I was surrounded by a sea of nodding heads and when I offered a solution in the form of additional bone health markers, I could see light bulbs going on all over the room 🙂

We all appreciate that osteoporosis develops over a lifetime not overnight, yet the current screening recommendation in most countries suggests that women at the ripe old age of > 65yrs and men >70yrs undergo their FIRST (!) BMD scan!  The only exception to this rule is that they recommend an earlier scan in those individuals at high risk…ahem….does anyone here not have their hand up??   END_OF_DOCUMENT_TOKEN_TO_BE_REPLACED

It seems like K2 is the supplement on everybody’s lips right now and for good reason.  This is particularly true in Australia where we’re seeing a flurry of new K2 products on the market thanks to a relatively recent TGA approval for this particular form of the vitamin.    But what do you need to know to make the therapeutic most of this nutrient?

Vitamin K got about 20 minutes in my undergraduate degree, and shamefully I don’t think I gave it much more as a lecturer!  The buzz just wasn’t quite around then like it is now.  Reading the latest RCTs & metanalyses on K2, however, you can almost hear (or is that just me??? 😉 ) the excitement researchers are feeling being part of this extraordinary wave of discovery about its therapeutic applications.

Traditionally, we’ve focussed on the K1 form, abundant in all the green leafy vegetables, but turns out we’ve been looking in the wrong direction.  While K1 is still important for the clotting actions it can’t get to the bones and arteries to run the other important K dependent enzymes.  In order to get these happening we need the K2 form which means we need the specific types of meat, eggs and ferments. END_OF_DOCUMENT_TOKEN_TO_BE_REPLACED

Over 20 years ago (ouch!) while studying at Southern School of Natural Therapies, I heard for the first time that calcium perhaps had a ‘dark side’!  At the time, and still to a large extent now, calcium is publicly portrayed as something you simply can’t get enough of and 20yrs ago this idea was almost heresy! Certainly in the eyes of the dairy corporation at least 🙂 Yet there had been a long-standing concept in naturopathic nutrition that the distinction between calcium’s healing and harm all came down to where it resided in the body, e.g. bones Vs blood vessels.  Last week Medscape ran an editorial espousing the same concept. END_OF_DOCUMENT_TOKEN_TO_BE_REPLACED