Have I Got Your Attention Now? 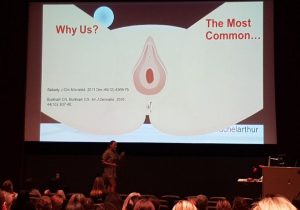 You know I’m not one to raise my voice and make scene.

Ok, I always raise my voice and make a scene, but only when I think something really warrants our attention and the issue of under-recognised, under-estimated and mismanaged chronic worms, demands our attention.  I’ve been talking about this ever since the first patient stepped into my clinic, a young girl with severe mood issues who just happened to also have treatment-resistant chronic threadworm, and since then, as the volume of patients I see affected by this has grown, so too has the volume of my message. And there’s actually so much to say.

Chronic worm problems don’t always come with an itchy bottom calling card. In fact, many individuals don’t have any of the telltale signs you might be used to screening for.  Recent research suggests adult men, in particular, are commonly asymptomatic when infected with them (Boga et al 2016)

So what alerts us as practitioners to the possibility of chronic worms – so many things…but here’s just some thought bubbles to get you started.

Are you treating patients with recurrent or treatment-resistant Dientamoeba fragilis?

Are you seeing women who have thrush-like symptoms, in spite of negative swabs and no benefit from antifungals?

Are you faced with families coming undone because of one child’s behaviour whether that’s aggression, defiance, emotional lability or just serious sleep problems? END_OF_DOCUMENT_TOKEN_TO_BE_REPLACED

As we head rapidly towards the change over of our calendars we would like to offer you a special on the very best educational recordings from 2014 – buy 2 CDs before Jan 31st and receive one complimentary Premium Audio Recording of your choice  OR purchase 4 CDs and receive a 3 month Premium Audio subscription for free.

It’s been a busy year during which Rachel has delivered 7 very successful new seminars in the area of mental health and  beyond, most notably fortifying her role as a leader in the field of diagnostics and pathology interpretation.  This has included collaborations with ACNEM, Biomedica, Health Masters Live, MINDD and Nutrition Care, however, each recording is classic Rachel – full of fresh perspectives on diagnosis & treatment, colourful analogies  & humour.  In case you missed some of these this year or want a copy for keeps – here’s a quick summary of the 2014 recordings included in this end of year offer: END_OF_DOCUMENT_TOKEN_TO_BE_REPLACED

I briefly mentioned in a previous post Dr. Robyn Cosford’s inspiring opening speech at this year’s MINDD conference.   A key point she made was the growing gap between what’s regarded as normal and what is actually healthy.

Having worked in general practice for decades, Robyn provided us with one illustration after another – Type 2 diabetes, previously called adult-onset diabetes, now not infrequently diagnosed in primary school aged children; delayed speech and learning difficulties in male toddlers which many increasingly regard as ‘normal’; precocious puberty in girls; escalating rates of depression and anxiety in children and adolescents…Robyn asked us as practitioners to be vigilant about helping patients to distinguish between what has become perceived as ‘normal’ and what is actually healthy.

In my MINDD presentation this year I talked about the mental health challenges faced by young men and I expressed a similar concern: that when we witness extensive aberrant behaviour in young men we are prone to rationalise it.  Are we mistakenly attributing these signs of dis-ease in males as simply being an initiation into Australian culture?  When you hear of young men exhibiting binge drinking behaviour, does it set off the same alarms as it would if your patient was female and if not….why not?

As part of a broader discussion of the issues, I presented two cases of young men with mental health problems – both from very different sides of the tracks, one gifted and the other a struggler but one of the features they shared included the way their use of alcohol & other substances had passively been condoned by society instead of being seen as a call for help.  We can help these young men but only once we’ve acknowledged there’s a problem. So now I’m extending Robyn’s plea and ask you to be vigilant in making the distinction between ‘normal’ and healthy… when mothers relay stories of their son’s ‘antics’, when brothers, cousins & uncles temporarily ‘go off the rails’,  when young men reluctantly present for a quick fix…

If you missed the presentation and are interested in the full recording check out  https://rachelarthur.com.au/product/new-young-white-men-mental-health-challengers-face-mindd-conference1hr-total-50/

P5P V Pyridoxine supplements – when and why? 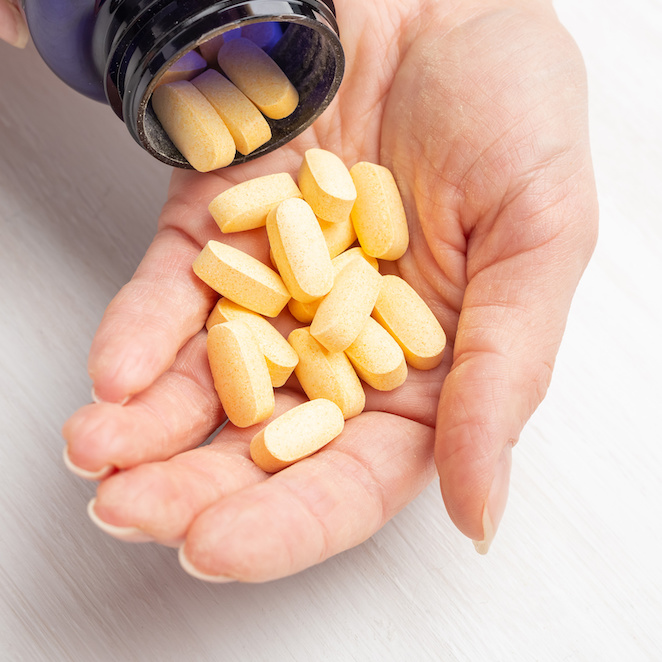 I’ve been curious about the push towards using so-called ‘active forms’ of B vitamins over the last 10 years in nutritional medicine – particularly with regard to B6 (pyridoxal-5-phosphate) and B2 (riboflavin 5’-phospate aka FMN) in light of substantial research demonstrating that these phosphorylated forms will in fact be dephosphorylated prior to uptake in the small intestine (Gropper, Smith & Groff Advanced Nutrition & Human Metabolism 2005) – so initially it seemed we were being encouraged to pay more for something that ultimately gave us less of the same vitamin. Funnily enough the only established scientific way to ensure uptake of the active forms in their intact active states is to use very high doses – however supplements containing either active B6 or B2 consistently offer very low doses compared with the regular supplements, so this seemed to rule this out as an explanation.

In spite of my scepticism & encouraged by the Pfeiffer approach, I got into using P5P and had to suspend my disbelief in the face of some good clinical results.

However finally at the MINDD conference last week, scientist Woody McGinnis at last made sense of this riddle for me!

McGinnis, who some of you might know as previously being a key researcher at the Pfeiffer Institute which specialises in nutritional and integrative management of mental health & behavioural disorders, confessed that he had also struggled with concept of P5P supplementation from a scientific perspective until Bill Walsh suggested that this form was particularly indicated for the ‘lean malabsorbers’.

What Woody essentially took from this was that patients with leaky guts could absorb the P5P intact &  would ultimately benefit from this form.  Adding to this is my understanding that the dephosphorylation process for P5P in the gut occurs via ALP – a zinc dependent enzyme found in the brush border of the small intestine…so here you have the double whammy – if your patient is a malabsorber AND zinc deficient (which of course commonly go together) they are the ones picking up the P5P perfectly and for the rest of us perhaps the pyridoxine will do.

Woody also attested to this with his story of his own pyrroluric son who initially only responded to P5P but in his teens (with significantly improved gut health) appeared to stop responding – at which point Woody switched him to the higher dose pyridoxine with fantastic results…..Aaahhhh at last my scientific curiosity has been quenched! 🙂

I was honoured to speak at the MINDD conference again this year.  MINDD is an organisation that really sets itself apart by providing incredible hands on support for parents, carers and practitioners in the area of integrative mental health management and one of the key strengths is the sense of community they’ve developed secondary to this.  A key message echoed by numerous speakers was the enhanced clinical benefits for patients when a truly whole health, multi-modality approach is taken – from naturopathy to psychology, from neurology to audiology, from building biology to biological markers and so on.

And just to put the brakes on the whole ‘genes are us’ movement that is currently sweeping Australian integrative medicine, Dr. Robyn Cosford (a highly-regarded integrative GP) kicked off the whole weekend with a presentation that included a study of some of the oldest Okinawan individuals and their genetic profiles.  These individuals aged well over 100 and fighting fit each possessed hundreds of genes currently thought to be associated with chronic disease: cardiovascular, diabetes, cancer.  Robyn reminds us all that while genetics loads the gun it is our diet, lifestyle and environment that actually pulls the trigger!

While I was inspired by the research and insight offered by clinicians and scientists from various modalities, I was reminded again, that no one individual can be across it all and to attempt is to fail or become exhausted in the process and this of course is where the community bit comes in – we need a network of integrative individuals to refer between and support each patient & my experience this weekend suggests these events certainly build that community.  Our job is to practice within our scope and know when and where these other therapies and approaches are indicated and to develop a good referral network.   So many great speakers this year and this time I actually managed to sit still and enjoy some of these so I’ll be bringing you the highlights over the next couple of weeks so stay tuned! 🙂