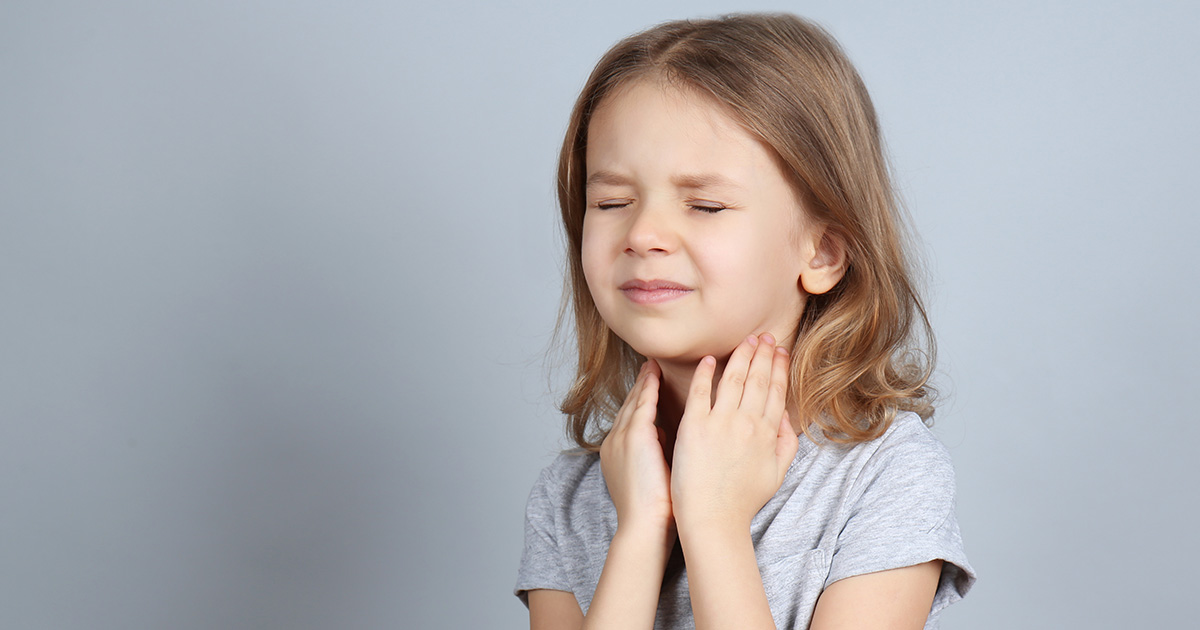 “My 7yo daughter was frequently distressed, telling me she had that ‘throat feeling’.”

As you can imagine, mum offered up a smorgasbord of suggestions to help her try and describe it: Can you swallow ok? Does it burn or taste funny? Where is it? Is it hard, soft, moving, give me a rating out of ten….so many, but she just couldn’t. When it was really bad, her daughter said she also felt it in her sternum. The first doctor attributed it to ‘stress’ & mum understood why. Her 7yo is a bit of a worrier and while the ‘throat feeling’ was distressing, stress, itself, seemed to also perhaps bring this on. But by the time they made an appointment with their regular family GP, mum had noticed her daughter’s sx were worse with heavy, fatty, high meat meals & that she was burping excessively especially with the night time meal also. So, when their switched-on doctor heard these very careful observations, he referred her for a urea breath test (UBT) for H.pylori.

‘Miss 7’ blew 1200 on the UBT
the decision limit is 200, to confirm the presence of the bacteria in significant amounts

As I’ve said previously, there are (sadly for ‘Miss 7’ & myself) no prizes for the highest score on this particular test.  In fact, I spoke with a gastroenterologist last week who said, really it remains so debateable about the significance of the overall result (?size or virulence of colony) that results should probably be more considered like a pregnancy test: a simple yes or no!  But this together with her sx was a clear yes. GP recommended triple antibiotic therapy which sadly produced vomiting in Ms 7 within a few days. GP contacted paediatric gastroenterologists to get some advice, which was: don’t treat unless symptomatic. Back to square 1.

“In the meantime, I had done Rachel’s two UU30 episodes on H.pylori, so I told him what ‘we’ would do (polyphenols plus cranberry juice plus Zn carnosine plus deal with the hypochlorhydria). GP  says. “Ok, then let’s do it and then let’s breath test again in 3-6 months.

She has now breath tested at 200 and symptoms are non existent!”

Mum contacts me to relay the success story & give me the credit but mum is completely minimising her extraordinary actions that produced this outcome. Firstly, not resting with the ‘stress’ diagnosis. I have seen several children who present in very similar ways to Miss 7, YES! they are anxious, YES! parents might tell you they are the ‘worrying-type’ but when combined with these upper GIT sx I have found they test positive for H pylori more often than they don’t.  And how clever is this mother’s medicine?

“I recognised it was worst after birthday parties where she has eaten too much and done cartwheels or run around (we now talk about recognising when she has a ‘full bucket’. We talk about the fact that her tummy takes a little bit more time to process food it means her bucket fills and she needs a bit of extra time to let it do it’s job before she adds more food to the bucket otherwise it spills over and she feels rubbish. She finds that analogy useful as she can feel her bucket getting full at birthday parties and when she gets the feeling, she knows why and doesn’t freak out.”

H.pylori – Eradicate or Rehabilitate?
For a bacteria identified just a few decades ago as being a cause of chronic gastritis, atrophic gastritis and gastric carcinoma, the escalation in the number of antibiotics used to eradicate it (4 at last count + PPI) has been nothing short of breath-taking.  A management approach more consistent with both integrative medicine and with an improved understanding of the delicate microbiome focuses on changing the gastric environment to ‘remove the welcome mat’. What do we know about how to do this successfully? It turns out…quite a lot.