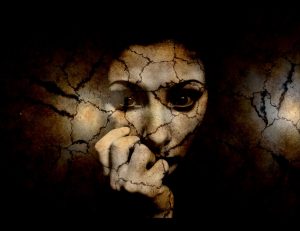 Finally a systematic review puts paid to the nonsense that ‘withdrawal from antidepressants’ is problematic only for a few, is ‘mild’ & ‘lasts only 1-2 weeks’ with no treatment necessary other than reassurance, which is still being perpetuated by current prescribing guidelines both here and overseas. In fact their review found that 56% of patients experienced problems with stopping antidepressants and the majority of these rated these as ‘severe’.  Back in the good/bad old days when I worked for a  pharmaceutical company who made psych meds the phenomenon of an ‘initiation phase’ during which time suicidal risk was heightened, was acknowledged and freely discussed…in-house at least.  However, the concept of a ‘withdrawal syndrome’ was less clear.  Anyone who has witnessed patients coming off ‘even the cleanest’ SSRIs will speak to a potential myriad of worrisome experiences including…

Previously termed ‘discontinuation syndrome’ by expert panels – to distinguish these inconvenient effects from the more seriously viewed (read nasty) benzo-associated discontinuation problems –  was an act of smoke and mirrors, according to this scathing and insightful review by Davies and Read, who argue strongly this is a clear cut withdrawal picture and it deserves as much consideration and concern.  In particular they point out that of course, patients can experience these symptoms even without ‘discontinuation’ – but simply as a result of a delayed or skipped dose, an intentional dose reduction etc. And they provide the alarming context that one third of people in the U.K. (and likely similar developed countries) who take antidepressants for more than two years have no evidence-based clinical indications for continuing to take them. But wait..I’m just getting to the worst bit, this is the part that gets me personally…having been a peddler in the past of these meds and in certain patients still spruiking their benefits, I am in no disagreement about them being necessary, helpful & even life-savers in some patients…yes I have seen this too many times to ignore it…BUT…and now this is where I start raising my voice a tad….

Patients need to make informed choices, and having a clear understanding of what you are likely to experience on any given medication has been shown to improve outcomes but according to the 2 largest surveys conducted to date,< 2% of antidepressant users are being told any of this.  Do you know why?  Well, let’s start with the misleading guidelines… if the RACGP says it isn’t so…then can we expect their GP to know or say any differently?

Grrrrrrrr…. yes that’s me…not a wild animal in the room with you.

Because you know what happens in the absence of this?! And let me say I have also seen this too many times to ignore as well, people feel compelled to stay on them & this is truly heartbreaking to witness. The experience of a reduced dose or a period without is so terrifyingly disconcerting to that poor unsuspecting individual, and without explanation, is misinterpreted by them (and according to this review often by their doctor as well!!) as being either a sign of their inherent mental instability and need for ongoing medication, or misdiagnosed as a separate condition. Ok…apologies, this is over a decade of pent up frustration…resurfacing as a result of reading this incredibly important and disturbing review.  I think I need a little lie down now 🙁

Helping patients off anti-depressants is a challenging and important function that must be initiated by the patient with the full support of the prescribing practitioner, however there’s a role for complementary medicine here too. Rachel walks you through a range of strategies and when you might consider each. Listen to the free sample here from the Update in Under 30 from 2013 – Leaving Anti-depressants Behind. Or perhaps you’re interested in all things Mental Health and should find out more about our specialist mentoring group running in 2019.