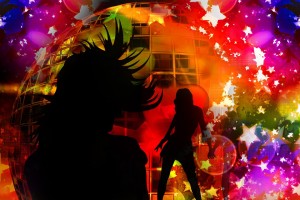 I’ve been known to give calcium more attention than most and now I feel vindicated. Serum calcium, of course is not a reflection of your calcium intake, calcium losses nor overall calcium status. In this regard it is totally useless.  But my fixation is about what even slight variations away from healthy levels of this mineral can reveal.

“How hard can it be?  These glands have just 1 job: keep the blood calcium in range! Snort!”

And that is exactly why it is so meaningful when this appears to be a ‘big ask’ and the serum calcium slips under 2.2 mmol/L or over 2.45 mmol/L & so potent given the huge chain of physiological reactions that follow from such a small shift – producing profoundly negative effects on vascular dynamics, neurological function etc. END_OF_DOCUMENT_TOKEN_TO_BE_REPLACED

Dump The Dairy But Not the Calcium?

It’s not sexy but it is one of my favourite deficiencies. Favourite because it’s incredibly common…make no bones about it (tee hee)!  Favourite because a deficiency is actually reasonably easy to recognise once you know how (watch increasing phosphate levels especially over 1.2 mmol/L in particular in adults) rather than wait for a recognisable clinical deficiency picture because if you wait for this your patient will have probably had osteopenia if not osteoporosis for a decade already! Favourite lastly, but most importantly, because correction of a calcium deficiency has led to some of the most diverse but impressive improvements in people’s health that I have seen – from better menstrual regularity and less luteal phase symptoms (see the fascinating research on this also by Thys-Jacobs 2007 https://press.endocrine.org/doi/full/10.1210/jc.2006-2726) to improved pain control in fibromyalgia. END_OF_DOCUMENT_TOKEN_TO_BE_REPLACED

Over 20 years ago (ouch!) while studying at Southern School of Natural Therapies, I heard for the first time that calcium perhaps had a ‘dark side’!  At the time, and still to a large extent now, calcium is publicly portrayed as something you simply can’t get enough of and 20yrs ago this idea was almost heresy! Certainly in the eyes of the dairy corporation at least 🙂 Yet there had been a long-standing concept in naturopathic nutrition that the distinction between calcium’s healing and harm all came down to where it resided in the body, e.g. bones Vs blood vessels.  Last week Medscape ran an editorial espousing the same concept. END_OF_DOCUMENT_TOKEN_TO_BE_REPLACED