No change in 25(OH) D levels in spite of supplementation?

Sound familiar?  It does to me. Once we have ruled out the usual suspects like taking the supplement at the wrong time (must be taken with a full stomach to ensure optimum fat digestion & uptake), inadequate dose (keep in mind that due to altered pharmacokinetics individuals with  obese BMI will require a significantly higher dose) etc. then according to new research from Deng et al. Magnesium, vitamin D status and mortality: results from US National Health and Nutrition Examination Survey (NHANES) 2001 to 2006 and NHANES III, we should be reviewing the patient’s magnesium status pronto! Deng et al remind us that magnesium is the co-factor for 3 critical enzymes central to vitamin D metabolism. Previous in vitro research suggests that magnesium status regulates both 1α-hydroxylase and 24-hydroxylase activity and the binding of vitamin D to its transport protein and 25-hydroxylase might also be magnesium dependent. You might remember as well that the synthesis and metabolism of PTH (the critical cue for activating 25(OH)D to 1,25(OH)2D are reliant on health magnesium status.

All in all this places magnesium front row for a starring role in vitamin D metabolism.

Only isolated previous research showed the strength of this relationship with a 1974 study describing ‘magnesium-dependent vitamin-D-resistant rickets’, which was effectively treated with magnesium & vitamin D, while vitamin D alone was completely ineffective.

This recent research has demonstrated in a large cohort inadequate magnesium intake was more potently related to the presence of vitamin D insufficiency in individuals than vitamin D intake!

While this is only epidemiological research at this stage – it’s certainly a scientifically plausible concept and adds another element to the strong relationship between low 25(OH)D levels and increased all-cause mortality which numerous studies point to.

So next time when a patient’s 25(OH)D levels appear non-responsive to vitamin D supplementation – ask yourself, ‘Have they got enough magnesium?’

Have you checked the children?

Over the last year, I’ve seen paediatric patients with various presentations (alopecia, behavioural issues etc.) whose thyroid results have seemed out of whack e.g. TSH values in the 3s and 4s.  I noticed as well that each pathology company provided a slightly altered reference range but on the whole they weren’t significantly different from expected adult results (0.4-4.8 mU/mL). It left me wondering if there should be in fact specific reference ranges for kids given the striking developmental endocrine milieu.  So began a brief search of the scientific literature and lo and behold (!) there is such a thing and guess what?  Kids’ thyroid results do differ from adult ones!!  One piece of research that was intended to establish kids’ reference ranges was conducted in Austria, where routine results (serum TSH, fT3, and fT4) were collated from existing laboratory data of 2,194 serum samples from a hospital based population of children aged 1 day – 18 years (Kapelari et al. 2008 Pediatric reference intervals for thyroid hormone levels from birth to adulthood: a retrospective study. https://www.ncbi.nlm.nih.gov/pmc/articles/PMC2645400/)) Granted, these children are in hospital and yet deemed ‘healthy’ – which is a bit befuddling, however, the ranges found by these researchers were consistent with other previous studies in different cohorts, which adds strength to their findings.  They revealed that TSH should be highest at birth and in the first month (e.g. 3.5 is the 50th percentile for this age group) and progressively decline throughout childhood and adolescence.  So 50th percentile results across the age groups looks like this:

While there is a clear pattern of declining TSH with age throughout childhood, there were less changes across the ages with regard to fT4 and fT3 values, with the 50th percentile value for fT4 being approx. 15 pmol/L in all ages except 1mo and fT3 being high 5s to mid 6s.  These are more robust values than we’ve come to expect and accept in many of our adult patients.

So next time you see thyroid results for a child – check out where they sit according to these percentiles, because where there’s smoke there’s typically a fire and further investigation of a marginally high TSH can reveal, antibodies, incorrect T4/T3 ratios and deficiencies of critical thyroid nutrients which might be central to helping resolve the health issues.

Looking into Dis-ease in Women 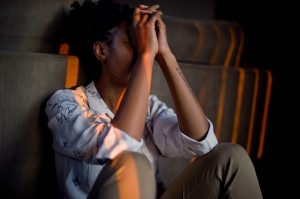 This week, care of Health Masters, I am delivering the first part of a 3 part webinar called ‘Clinical Case Analyses in Women with Anxiety’.

The idea was in response to the large number of female patients who come through my clinic door, presenting mostly self-diagnosed with anxiety.  Some of these women absolutely do have anxiety disorders and both the aetiology & maintenance of these fit with the regular psycho-social theories, however, many of them, upon further investigation, have something biologically going on that constitutes a plausible alternative cause of their dis-ease.

That’s where the interesting journey begins as

It’s big and thrilling stuff to be a part of and one of the most satisfying aspects of my practice.

This is the latest instalment in mental health education from me but from an entirely fresh perspective.

I’ve buried my head in the journals & leant heavily on my colleague who’s a psychologist to bring to you the first instalment this week – understanding the long list of differentials for patients who present with anxiety and how to approach the work up.

The following two weeks are dedicated to presenting 2 amazingly anxious female patients of mine – with case summaries, all the pathology results etc. so that you can see the journey I took with them and why.

Professor Andrew Sinclair, a leading Australian nutrition scientist from Deakin University, has warned that some snack foods on Australian supermarket shelves contain high levels of trans fats acids (TFAs) and is calling for mandatory labelling of TFAs in processed foods.

END_OF_DOCUMENT_TOKEN_TO_BE_REPLACED

Honey for a night-time cough

Upper respiratory tract infections (URTIs) are a normal part of childhood that often disturb sleep, parents and children alike, but a simple dose of honey may just be the remedy needed.  A recent study published in Pediatrics (Aug 6 2012) has confirmed that honey is more effective than placebo in controlling nocturnal cough and poor sleep in children with URTI. END_OF_DOCUMENT_TOKEN_TO_BE_REPLACED

Parents should be aware persistent snoring is not normal in children and should be investigated. Researchers, whose results appeared in the journal Pediatrics May 2012 found that two- and three-year olds who snored loudly at least a couple of times per week tended to have more behavioural problems, especially hyperactivity, depression and inattention.

END_OF_DOCUMENT_TOKEN_TO_BE_REPLACED

Limitations of serum B12 testing

The limitations of serum B12 testing have been reported for some time.

When testing for deficiency, Serum B12 does not give an accurate picture unless there is an overt deficiency and even then not consistently.  This is because the majority (approx.70%) of B12 in the blood is attached to haptocorrin, which is unable to enter cells, and is termed inactive B12 (Lloyd-Write et al 2003).